Well Boris and Noris are getting around a bit recently and i was actually able to attend a screening last weekend at the brilliant Cardiff International Film Festival where my film played during the two cloth cat family screening early on Saturday morning. 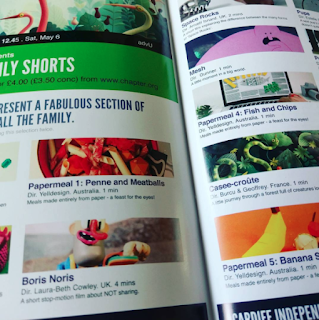 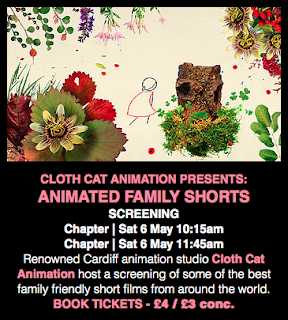 Way back in the March it played at my first American festival! at the 'Open World animation Festival' in AllanTown,PA and again on more local turf at Blackpool at the 'Flyn Film Festival'. Then in April it was up in Manchester at the Creative Indutries Trafford. Then between the 18th-21st of this month (May) you can see the film in France at 7 petits caillouxe- where you can also see the storyboards of rte film being exhibited as an added bonus! and if you still haven't seen it yet and happen to be based in the Kudlov, Czech Republic you can catch them there at the Zlin film Festival. 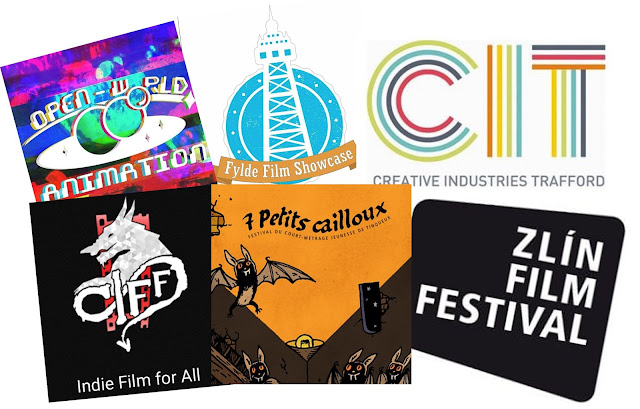 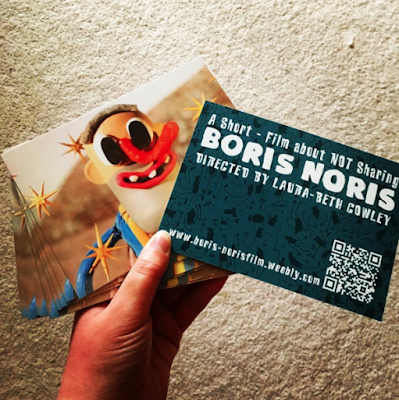 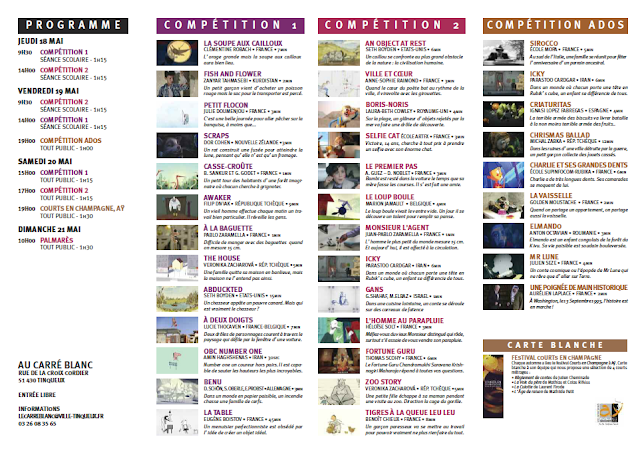 Posted by Laura-Beth Cowley at 14:16 0 comments

My good friend Amy Willet commissioned me recently to create a banner for her new blog called "our yarden" she wanted a collection of simply hand drawn/graphic plants and gardening equipment in a repeated pattern.

Posted by Laura-Beth Cowley at 13:36 0 comments

Email ThisBlogThis!Share to TwitterShare to FacebookShare to Pinterest
Labels: Illustration

I finished filming just before christmas on my new film Boris-Noris, it's now just in the long slog of rig re-movel, sound, music and edit. I've had a separate blog up about the process of making the film here, if you fancy a look. It's been hard year getting this up to scratch but i'm pretty happy with how it's all coming together.

Over the summer I invited two other girls form my Masters Course to go out for ice cream-yes seriously were that twee. With a proposition I wanted us to start a collective. I wanted to create a collective for many reasons.

For one myself and Fiona Viani-Pericci (Director and fellow fonder of Weird Eye) had discussed the possibility of making more dependent films after the Mastered had finished and wanted to work together with Hannah Stevens ( Concept artist and other founding member of Weird Eye). We wanted to centre these films around the trope of Bad Luck omens as we had some ideas already for films and felt there was enough within this loose theme to collectively bring together a series of short films.

Also for myself I wanted a guise to work under for freelance commercial work, 2D/After Effects animation and production skills.

I also new that both Fiona and Hannah although very talented and perfectly capable may benefit from my own knowledge in contract/invoicing and general negations when it came to clients.


As we started to pick out ideas for names, luck would have it that a contract would fall into our newly formed inbox. A short piece for the for Clarkson & Woods Ltd.in association with Bath city council. To raise awareness about the local Horseshoe bat population. Seemingly a good fit for our collective skill set we worked together over several months to create the below piece of work.

Further images and break down for the work can be found on my colleagues websites and blogs. I created the schduals contracts and produced the film whilst also animating, rigging and creating cycles for the film. It was a relatively simple project which is now being shown in schools as part of an educational pack -in which we created a beat board styled comic to go along, to educate children about bats and their habitats around Bath.

In terms of the collective name and design we were originally going to be called The Bad Luck Collective but after some consumer feedback it was decided that this was to negative and went with instead Weird Eye Collective - communicating hopefully that we have a unique eye for deign and motion. Were currently working on ideas for our first film Directed by Fiona called  Wick as well as working on our second commission due to be finished by next summer.

Posted by Laura-Beth Cowley at 08:24 0 comments

I also was able to do a little work on Morph whats I was at Aardman too which was amazing and also lead to my first credits on an Aardman project! 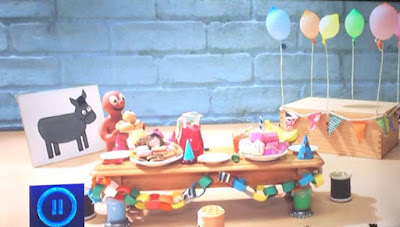 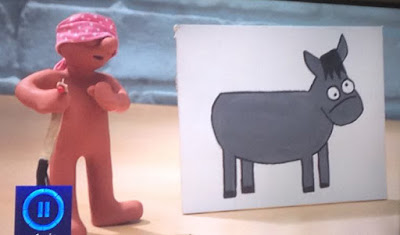 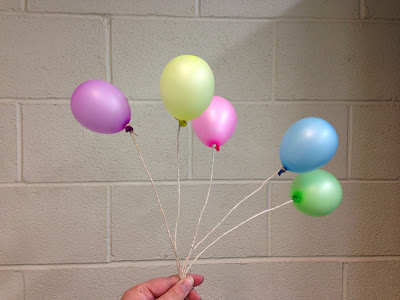 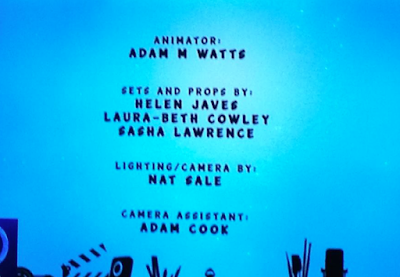 Sorry for the low quilty photos- I haven't managed to get a link to take actually screen grabs yet.
Posted by Laura-Beth Cowley at 05:14 0 comments Over the summer I was able to secure a month of work at the world renowned (And on my door step luckily) Aardman animation studio. I worked in the puppet department asa junior animator helping fabricate the hair, hands, heads, shoes and facial features for some of the puppets.

Posted by Laura-Beth Cowley at 04:47 0 comments

Around March time I along with my fellow Ma student were approached to create a series of short animations based on audio interviews conducted by the BBC worldwide service. We were given the subject at random (with a little swapping going on between individuals) and were given a minute extract form a much longer interview.

I was given the diffiuclt but rewarding challenge to visualise part of Deng Adut's story, Deng is currently a Lawyer based in Australia, however he was taken form his home country where he had been taken form his mother and sibling and made to serve as a child solider. He was tourchered, beaten and extremely ill after living in awful conditions. Although it isn't mentioned in the audio clip Dengs brother actually managed to save him and get himself and Deng out of the country, he also told Deng to become a lawyer to help in gain a voice for children like himself. There is a nod his brother within the animation as he was clearly an important figure in Deng's past his brother returned to sudan to help other children escape and was unfortunately killed).

I worked with connect artist Carwyn David, as i felt his style would best suite the idea i had for the film.//vimeo.com/182285521

You can also see the animation and the addition articles on the BBC World Service page here.
Posted by Laura-Beth Cowley at 13:47 0 comments 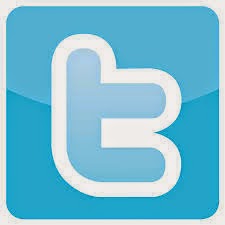